Ryan White: A Legacy of Caring 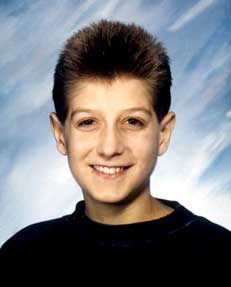 You probably remember a photo of Ryan – a spiky haired, Midwestern teenager with his boyish face and ready smile. He looked not unlike every other middle schooler waiting for a growth spurt, but Ryan became a national symbol of AIDS after contracting the disease through a blood transfusion and battling to return to school. It was a time of fear. Little was understood about AIDS transmission and the public was generally untrusting of medical authorities as they tried to explain the details of this burgeoning epidemic.

Ryan lost his battle with AIDS, but the Ryan White Comprehensive AIDS Resource Emergency (CARE) Act enacted just months after Ryan’s death still stands as the largest federally funded program for people living with HIV/AIDS. Ryan White programs are the “payer of last resort”, which fund treatment when no other resources are available including the housing and direct supportive services provided by Alliance for Housing and Healing.

In fact, in 2011 we were honored to be among the few agencies to receive U.S. Department of Housing and Urban Development funds through the Special Projects of National Significance Program that supports the demonstration and evaluation of innovative care delivery models for hard-to-reach populations. This grant allows us to work with the Los Angeles County Department of Public Health, the Los Angeles County Commission on HIV, Los Angeles Homeless Services Authority, Housing Authority of the City of Los Angeles, and the Los Angeles Housing Department to implement an integrated HIV/AIDS housing plan and add 50 units of leased housing for low-income people living with AIDS.

Ryan White’s legacy is visible every time we hand apartment keys to a deserving family that was on the verge of being homeless , provide a food voucher to someone in need of nutritious meals compatible with strict medication regimens, and care for a single mother and her children at our group home Casa Madona. Thank you Ryan.

Share This Story
Featured Stories
The Road Back
Latest News