The Queens from “Best in Drag” raise money for L.A. AIDS Charity 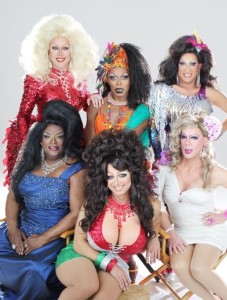 What originally started as a small group of friends in a West Hollywood living room in 1989 has grown into an annual tongue-in-cheek beauty pageant raising money to support those living with AIDS.

Then called Battle for the Tiara, the event raised $400, collected from twenty people. Today, Best in Drag has raised over $3 million since its current incarnation in 2003 for Aid for AIDS — a non-profit helping to prevent homelessness and hunger for men, women, children and families with HIV/AIDS in Los Angeles County.

“Behind the sparkles, spangles, and spandex is a great cause,” said Terry Goddard II, Executive Director of Alliance for Housing and Healing, “providing housing and food for those who are devastated with HIV/AIDS and poverty.”