Board & Members at Large 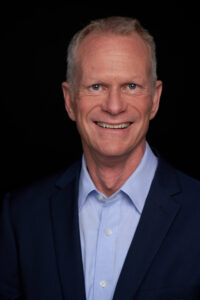 Prior to joining APLA Health, Craig was vice president and chief financial officer of AIDS Healthcare Foundation (AHF) from 1992 to 1997. While at AHF, he played a lead role in establishing and operating Positive Healthcare, the first Medicaid-managed care program in the U.S. for persons with AIDS. From 1988 to 1992, Craig was employed by Security Pacific Burns Fry, an investment banking firm, working as part of the advisory team in mergers and acquisitions.

Woody Sides
Board Co-Chair
Vice President, Envision Rx
Woody has served on the board of directors for since 1995. A sales executive with over 25 years’ experience in managed health care, he is currently Vice President of National Accounts with EnvisionRx, a national pharmacy benefit management company. A graduate of Florida State University, Woody has enjoyed living in Belmont Shore/Long Beach since 1991 and is also a long-standing board member of Leadership Long Beach and serves on Equality California’s Equality Council. 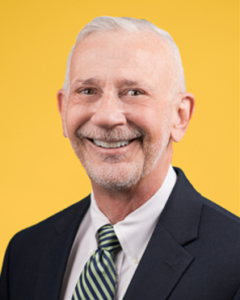 Lee Klosinski, Ph.D.
Board Secretary
Senior Associate Director, UCLA Nathanson Family Resilience Center
Lee Klosinski, Ph.D. is the Senior Associate Director of the UCLA Nathanson Family Resilience Center. Dr. Klosinski is a graduate of the University of Notre Dame and received his doctoral degree in religion from Claremont Graduate University. His extensive administrative and research experience includes serving as Director of Programs for AIDS Project Los Angeles, Co-Investigator for the adaptation of two evidence-based prevention interventions for the Centers for Disease Control and Prevention, Co-Director of the Development Core of the UCLA Center for HIV Identification, Prevention, and Treatment Services, Project Director of two randomized control trials of behavioral interventions in South Africa, and Associate Director of the UCLA Center for AIDS Research HIV Health Disparities Core.

Denis Cagna
Board Treasurer
Executive Director, Advisory Services, Ernst & Young LLP
Denis has been on the board for four years. He is an Executive Director at Ernst & Young in their Consulting practice. He has twenty-five years of experience in process transformation, large-scale project management, and financial management. He has also lived in Japan, China, and Egypt where he managed the development of computer applications for private and public organizations. Denis has a BA in Accounting from Indiana University and an MS in Management from the Massachusetts Institute of Technology. He and his husband Carlos Medina live in Los Feliz. Denis is an avid bicyclist and amateur Southern California historian. 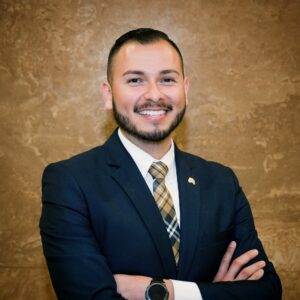 David A. Flores
Member at Large
Assistant Vice President, Wells Fargo Bank
David has volunteered with the Alliance for Housing and Healing since 2014. After attending the Best In Drag Show in 2012, he has not only been a “dog” on stage, but has twice been a contestant, first as Miss New Mexico, D’vida Loca in 2014, and most recently as runner-up Miss Washington, Damzel Indistress in 2018. As a Branch Manager for Wells Fargo, he as advocated for grants from the Wells Fargo Foundation and has proven successful with over $25k in corporate sponsorship. David lives in Hollywood and dedicates a lot of his time to supporting local nonprofits. When he’s not volunteering in the community, he enjoys dancing and having fun with his friends. 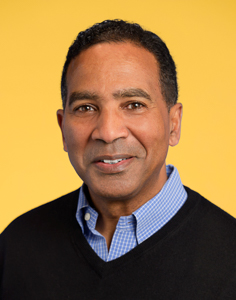 Anthony Henderson
Member at Large
Senior Oncology Leader, Novartis Oncology
Anthony comes to the board with over 20 years in the Pharmaceutical Industry, including tenures with Upjohn, Pharmacia and currently Novartis. Prior to starting his career in Pharmaceuticals he spent time as an Actor. Anthony and his husband are the proud parents of their daughter, Noelle, who is about to become a college sophomore. 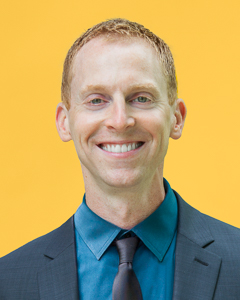 Alan R. Walden
Member at Large
Project Manager, Capital Group
Alan is a Project Manager at Capital Group where he spends most of his time as a delivery lead for Business and Information Technology projects, primarily supporting the organization’s Investment Group. In December 2014, Alan relocated to Capital Group’s Southern California office and launched CG Pride in 2016, and he organized a group to participate in AIDS Walk Los Angeles which lead him to ultimately be nominated to APLA Heath’s board of directors where he is also the organization’s Treasurer. Alan and his partner enjoy traveling, hanging out with their friends, exploring wineries, spending as much time as they can in Palm Springs and filling their new National Parks’ Passport with stamps from across the country.