On Monday, December 2nd,  Alliance for Housing and Healing organized the West Hollywood AIDS Memorial Walk to bring awareness to World AIDS Day, which was observed Sunday, December 1st with the laying of the roses on the memorial plaques along Santa Monica Blvd.

The march began at the Northwest corner of Santa Monica Blvd. and Crescent Heights and continued to West Hollywood Park where the Paul Starke Warrior Awards were given out to individuals providing HIV/AIDS and/or substance-abuse services or volunteer hours to support these services.

This year we honored Luis Camacho for his efforts in bringing a voice to HIV/AIDS in our community and for being a long-time volunteer of Alliance and The Best in Drag Show. Luis has helped raise hundreds of thousands of dollars to get homeless men, women, and children with HIV/AIDS into care and housing. 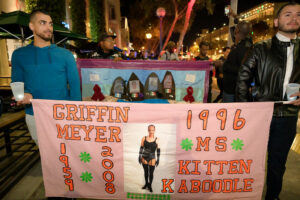 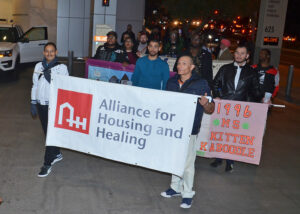 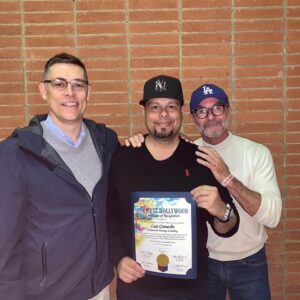