From HIV Plus Magazine 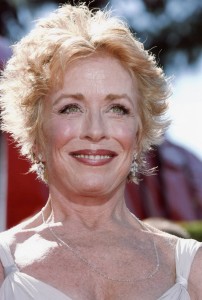 Two and A Half Men actress Holland Taylor will be honored for her long-standing support for social justice and HIV/AIDS at A Faire of the Heart, the annual fund raising gala of the Serra Project.

Taylor will receive the Aid for AIDS (AFA) Celebrity Trailblazer award for having shown a strong desire to make a difference and has given time, talent, and financial support for events such as Best in Drag Show, and as a celebrity judge to raise money for Aid for AIDS.

Others being honored are Barbara Lazaroff and W. David Hardy, M.D., who have significantly contributed in fields of HIV/AIDS, homelessness, hunger, and medical research. Lazaroff will receive the Alliance for Housing & Healing’s Visionary Award, for her work as an award-winning designer, restaurateur, author, and philanthropist. She has led the production of a cookbook for People Living with Aids/HIV and has been involved for a number of AIDS charities. Dr. Hardy will receive the Alliance Humanitarian Award. He holds positions within Cedars-Sinai and UCLA, has cared for persons with HIV since 1982 and has conducted research that has led to life-saving treatments for HIV since 1984. He has also served on the board of directors for a number of AIDS groups.

The event will be held on August 24 at Beverly Hills Hotel in Los Angeles.

Share This Story
Tagged Under:   a faire of the heart, aids, alliance for housing and healing, hiv, holland taylor, homeless
Featured Stories
The Road Back
Latest News